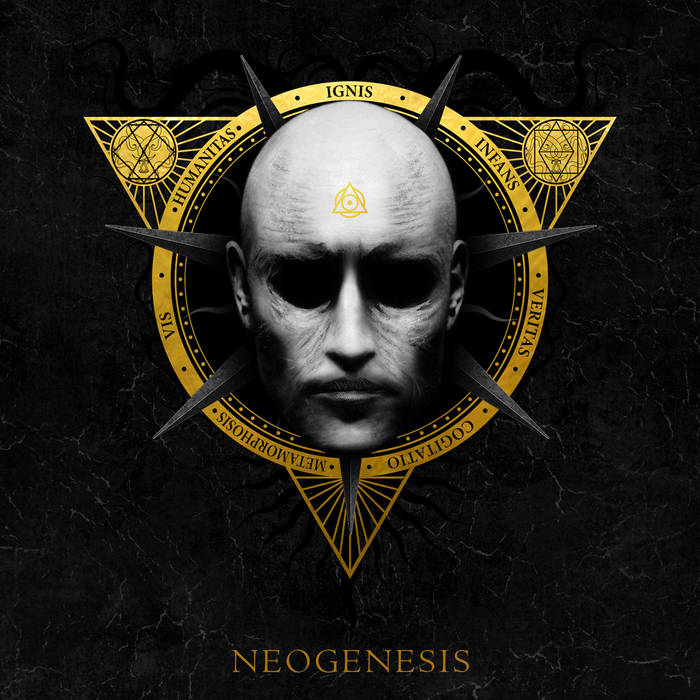 The first ever literary concept album
Neogenesis is a groundbreaking literary concept album. Apart from being a music album with a collection of songs it is also a book. The book is a novel telling the story of the end of the world and what lies beyond. The book is written by Diabolical guitarist Carl Stjärnlöv and each chapter of
the book is represented by a song on the album. With this daring and innovative move, Diabolical are raising the bar for concept albums with Neogenesis and redefines the very foundation of what a music album is.

The production
The song material for Neogenesis has been fleshed out meticulously for over a year and the recording has taken place during six months at Necromorbus Studio in Stockholm, Sweden with vocalist and studio owner Sverker Widgren in the producer’s chair. The monolithical production involved a full choir, a string orchestra and over 400 audio tracks, posing a real challenge for Widgren as a producer. The end result is a massive album with a lot of depth and diversity.

The music
Constant evolution and a forward movement have been defining characteristics of DIABOLICAL throughout their career and Neogenesis will further prove their ability to evolve and deliver a unique expression of death metal. From the majestic opening choirs and crushing first riff of “Into Oblivion” and all the way to the closing chants of “Humanitas”, Neogenesis is an unbelievably dynamic album with truly diverse and jaw-dropping song-material.