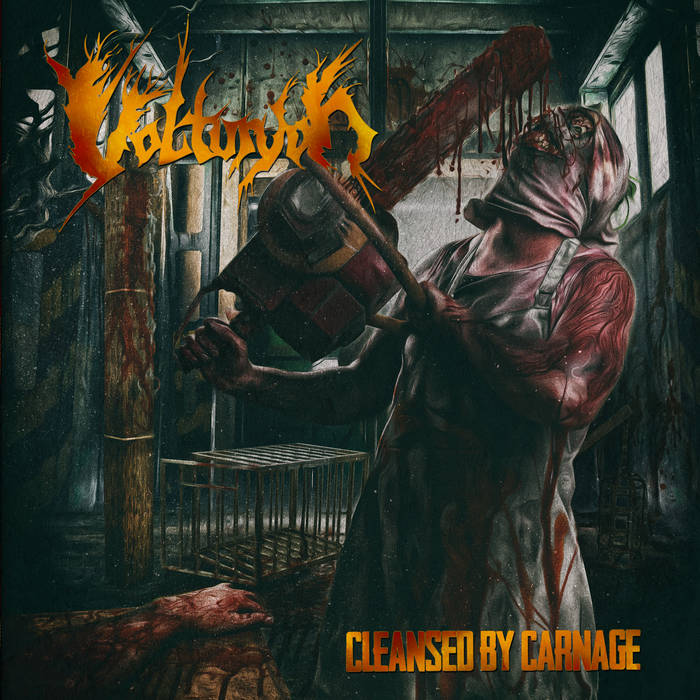 Zackary Lawrence I have now listened to this album through and through since 8am this morning and it is now 10 at night. I'm loving this album. You guys never fail to impress me. Favorite track: Cocoon.

Volturyon was formed in 2005 by Johan Gustafsson and Christian Netzell. Soon thereafter Andreas Olander joined the ranks and the band started to flex their musical muscles.
Volturyon has experienced some lineup changes over the years. In 2011 the band welcomed the mighty Alexander Högbom (Centinex, October Tide) to the microphone. Furthermore, in 2014 Oskar Pålsson (ex-Coldworker, Axis of Despair) joined the ranks as the bands new bass player.
Volturyon’s first album "Blood Cure" was released in 2008 and it was followed by "Coordinated Mutilation" in 2011. In the year 2014 Volturyon inked a deal with ViciSolum Productions and released the EP "Human Demolition". Since then the band has worked hard on their next full-length album, to ensure that it will sonically eviscerate anyone who listens to it. The result, "Cleansed by Carnage", will be released by ViciSolum Productions September 2nd, 2016.
Volturyon has played in most European countries to support and market their music. Highlights include: several trips to the UK and Ireland, trips to France, Belgium and Germany and a tour of Eastern Europe supporting Demonical. The band has also played a lot in their native Sweden, including Sweden Rock Festival in 2009.